The Thunder Laser Nova (special order) and Odin series CO2 laser gantry engravers employ a high-quality Chinese RF Excited metal tube. Every tube is inspected and tested to ensure that it conforms to our stringent specifications. One of those specifications is that every Thunder Laser must produce at least 10% over the rated tube power.

These tubes are air-cooled and RF excited. This means that a laser power supply (LPSU) of 30kVDC is not necessary. The RF tube is powered by a 48V DC power supply. 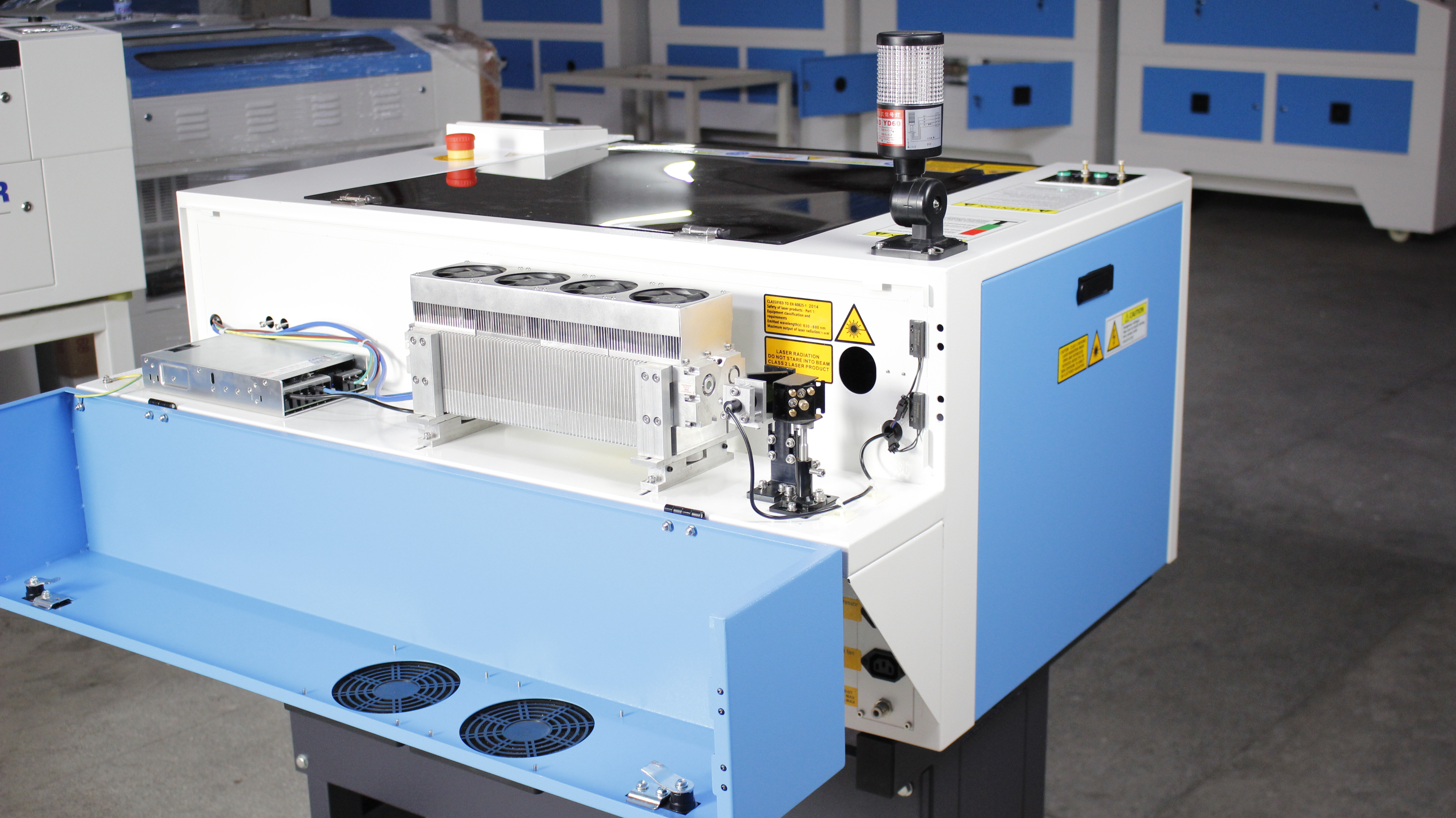 Radio Frequency excitation in DSP controlled lasers is pulse-width modulated. The LPSU does not excite the tube with a constant output, but rather pulses rapidly. This is how the power is varied. When the power remains constant, even when vectoring, the trigger still pulses. This is very similar to how a 110VAC incandescent light actually cycles on and off, 60 times every second (60Hz).

RF excited tubes pulse at a much higher rate than DC excited tubes. The larger the tube, the more this behavior manifests. Thunder Laser offers RF machines as well, which we will cover in a separate article.

The striking voltage (ionization threshold) is the point where the power modulation is sufficient enough to maintain steady ionization in the resonator or pumping chamber. This excitation is perpendicular in RF tubes.

There is also a "tickle" feature on RF tubes. This trigger excites the laser to just before the striking voltage which allows the laser to fire much faster. The modulation frequency can also be adjusted in the software to produce different outputs.

These metal CO2 tubes have a finite life, which varies with the brand and quality. The lifespan of RF tubes can be ten times longer than glass DC excited tubes.. The primary reason for tube degeneration in DC excited tubes is the metal vapor deposition that occurs within the pumping chamber.

When the tube fires, an arc (and resulting plasma discharge) is produced between the anode and cathode. These electrodes are usually tantalum. The arcing vaporizes the metal, which gets deposited on the optics within the pumping chamber. Over time, this degrades the performance of this tube. This is a normal condition.

RF tubes do not have these arcing electrodes sputtering tantalum deposits everywhere so the degradation is greatly diminished.

At the end of the day, an RF tube and a DC tube both emit a Gaussian beam with a wavelength of 10600nm. The RF beam is smaller, and more uniform in density than a DC excited beam and the RF tube is capable of maintaining a uniform signature and density throughout the entire power scale (because of the tickle).